When I write blog posts, from time to time, I have a friend look them over. Sometimes they love it, sometimes not so much. I held back a post a while back after my friend said I sounded like I was censoring myself.

I did it again with my last post, cutting out all the snark and reducing the topic to the bare bones essentials.

I’m not sure if this is good editing or censoring the life out of my writing. I don’t even know what the point of my blog is most the time. It’s not like I have a huge readership. My content isn’t consistent. All I have going for me is the fact that I post weekly. 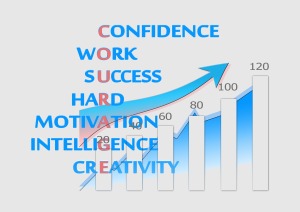 Look! A chart of all everything I’m not. No wonder my success is so underwhelming. Graphic by geralt at Pixabay.

I was recently listening to a slew of books of the non-fiction variety. They were not exactly self-help, but memoirs of oh-so-successful people and some not quite so much. But they were interesting enough to write a book about their life and get it published.

Of course, after all this reading, I was left feeling both inspired and woefully inadequate as a writer. I can’t help but think, why the hell am I bothering to do this? Does anyone even give a damn?

Why would anyone want to read my writing when I’m such an abrasive, pitiful and downright unpleasant example of a human being? I’m sure there’s plenty of you (haha, a whole two readers ) already thinking, “Here she goes again, she’s just embarrassing herself. She’s so dramatic. Why doesn’t she just stop?”

I really don’t care if I’m being dramatic. I just don’t. 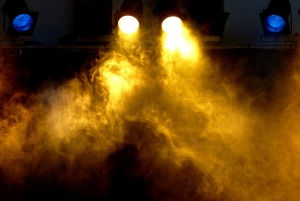 Set the stage for me, here I come!  Photo by Sweetaholic at Pixabay

I don’t like dealing with most people. This is because I genuinely like to try and be a decent human being.

Though it really shouldn’t. I try. I care, and I make an effort. It’s the rest of messed up world that is crazy as fuck. I’d rather stay in my little safe bubble and not deal with all the energy sucking insanity that is the human race.

It’s nice in my bubble with the people who I let in. Like my kid and my dog who seem to really like me. My husband, well… he tolerates and loves me because we’ve been together too long to give up now. My cat, he likes me especially when when I’m slapping his big butt and pulling his tail because he has a bit of a fetish…

Then there’s the fantastic job I have playing with dogs who all like me once they realize I’m the lady who feeds them at 4 am. Well, except for that steely eyed husky. She literally dogs me when I walk by doing my rounds disturbing her wolf-dreams. She wakes up and glares at me like she knows that it’s just me and a whole bunch of dogs locked inside the facility. Together. Alone. All night long. With no means of escape.

Photo by Robson Oliveira at Freeimages.com

Well, I guess I could escape. But if the dogs really were plotting their revenge on all humans for locking them in little rooms in a facility with terrifying sounding climate control going on and off all night, alternating between way too cold and grossly muggy, lets face it, I’d be dog food. They’d let me think I was going to make it out, but really, it would just a ploy to get me to open front the door for them.  Granted, they’d have to figure out how to get out of their individual kennels, but some of those dogs are damned smart.

I can imagine it now. The alarm would be blaring, my gnawed, mangled body in the open doorway of the facility as the police arrive. The dogs, they’d be long gone. A feral pack running the streets, led by a blue eyed husky.

But anyway. Didn’t I mention my ability to go on tangents? Anyone who’s actually held any lengthy conversation with me during which I wasn’t playing talk show host and asking you all the questions shouldn’t be surprised. I tend to go off topic. But back to the topic of my bubble. Bet you forgot that’s where we were at.

If the dogs don’t mange to overthrow their night kennel guard, I’ve still got lots of friends seem to like me too. The ones who see all my antics and still agree to meet me for coffee or chat with me all hours of the night. Even though I’m neurotic, there’s some aspect of my personality that isn’t completely abrasive and is, at that very least, amusing. There’s even a few folks who have me convinced that they genuinely just like me. Period.

I think that makes me pretty awesome. Even if my writing isn’t great. Even if I ramble and go off topic and forget to edit. Because this is my little corner of the inter-webs and anyone who has a problem with that… well, they can just leave.

I write because I love to write. I will always write and draw in some capacity. I don’t really care if anyone bothers to read this. Marketing and image grooming, fuck that pretentious shit.

This is me. Insane, insecure, weird, unlikable and real.

Ahhh. That’s my kind of graph. Expectations I can meet! Graphic by Christian Ferrari at freeimages.com

One thought on “Confessions of a woefully inadequate writer”