Autism and ADHD. My son has them both. And gets treated for both. In ways that are apparently controversial.

I’ve actually had people ask me why I would want my child labeled as Autistic. One of these people was a Para Professional Teacher’s Aid.

We were sitting in a play area at a Burger King and I tried to strike up a conversation with another parent. I mentioned my son has some trouble making friends because of his Autism, and these outings were good for him.

The parent looked at my child and told me he was a Para. He then asked me why I would label my child as Autistic. He is normal, he told me, and would be better off in a normal classroom without labels.

I was taken aback, questioned myself and tried to regroup. Communication is hard for me. So while I should have spoken up, I didn’t. But I wanted to.

I’ve had to convince relatives that yes, my child is Autistic. He will always be Autistic. Just because he’s not like that one Autistic kid you know doesn’t mean he’s not Autistic. Does it mean he won’t be able to do things when he gets older? Maybe. Maybe not. There’s plenty of things all of us struggle with.

Autism, like mental health issues and disabilities is not a bad thing. It is not a label that I feel the need to tuck away with shame and hide from my family, friends or even my son.

Autism, like mental health issues and disabilities, is not a bad thing. It is not a label that I feel the need to tuck away with shame and hide from my family, friends or even my son. I talk to my son about his diagnosis. We talk about how he’s different from some people, but it’s okay. I talk to him about how his relatives have similar problems and how we each deal with our unique issues.

I have anxiety and depression, most likely caused by the fact that I have a good deal of Autistic traits. His Autism is diagnosed and well treated. Mine is not. I’m functional and I’m doing okay. If I wasn’t I’d seek help.

My son, though, needs supports. And I take these supports and therapies very seriously.

For example, I was very wary about giving my son medication for his ADHD. But we were having such a difficult time. He’d been suspended from kindergarten. My son was melting down, acting out, and so unhappy. When my mother came to visit, she was surprised by the changes in him. It broke my heart. We had to do something.

Our pediatrician got us in to see a pediatric specialist who talked to me for a good, long time. I didn’t want to use medication, but he assured me that it was safe and explained how he would work with me to get the medication right. He called me at home, on his personal time, to make sure my son was doing okay after we decided to try a tiny dose of Ritalin. I’ve never had a doctor so concerned, so thoughtful and dedicated.

He called me at home, on his personal time, to make sure my son was doing okay after we decided to try a tiny dose of Ritalin. I’ve never had a doctor so concerned, so thoughtful and dedicated.

We saw a difference. Not much, but there was as difference. The doctor was surprised, that the tiny amount we’d given him had even made a difference. We increased the dose slowly, until we were comfortable. The medication was out of his system in four hours and I could stop at any time and we saw no evidence of side effects.

The benefits were there though. It slowed him down a little. It made communicating with him easier, it helped him to focus, and it made him a little less fidgety. But most of all, it helped his impulse control.

My son is smart, he knows right from wrong. He understands consequences. Yet, he still would do things that would get him into trouble. On this medication, though, he was able to slow down and think before acting. This was incredibly important.

With a little better self-control, gone was the guilt, shame and anger at himself that had so often brought him to tears. “I just couldn’t control myself,” was uttered less frequently. Now, the only time I hear that frustrated explanation is if we forget his pill, or it has worn off.

“I just couldn’t control myself,” was uttered less frequently.

Now, just to be clear, I don’t think that medication is a one size fits all solution. The four hour medication we tried was great at first, but because it had to be administered at school, it was inconvenient. It also wore off and so the dose wasn’t steady through out the day.

So we tried a long acting medication, one that lasts twelve hours. After two weeks, we knew it was a bad fit. Our son was chewing on his fingers and not sleeping. His emotional regulation was a mess. So we tried another. This medication lasted eight hours so we wouldn’t have to give a second dose at school, but wore off long before bed. This was the shoe that fit.

While medications are helpful, they are not a cure. Medication does not make my child less Autistic. It doesn’t cure his ADHD. It helps him slow down for a while, and this makes him happier in social situations and at school.

But the medication alone doesn’t help him. A good IEP and support staff, classes, therapy and ABA have helped a great deal as well.

Quick note about ABA. Yes, originally ABA was not the best therapy, and some Autistics call it abusive. I’ve done my research, I’ve read around. I’m not going to let fear cloud my judgement.

I’ve done my research, I’ve read around. I’m not going to let fear cloud my judgement.

I took my son to what our insurance calls ABA. The horrible techniques that I’ve heard people complain about? Non-existent. This wasn’t an intensive program where I wasn’t allowed to see my son or he was forced to make eye contact or not given breaks or trained like a dog.

My son was in a classroom with lots of aids to help and tend to his every need. There was lots of redirection and loving care. There were sensory breaks and recess. Basically, it was just a really good day care center with structure and organized learning and plenty of people trained in working with kids with autism and sensory issues. It was safe and loving, and he had fun.

I never got the gut feeling that it was a not a good program. I never saw any indication that restraints might be used or that he’d be forced to do things that made him really uncomfortable. Yes, he had to write, which he didn’t like.  And yes, he had to clean up trash and do chores he might now want to. But don’t all kids have to do things they don’t want to? These chores and tasks were modified for his needs, and nothing was forced and he wasn’t punished. He was rewarded for doing things he might not like, but would help him in his daily life.

This was last summer. Now, when we drive by the school where his summer ABA program was held, my son tells me how much he wants to go back. I have to promise him that I have him on the waiting list, and if they do it again, I’ll do my best to make sure he can attend. I have a hard time believing this is a bad program. That ABA as practiced by Behavior Connections is anything but a beneficial educational program specially tailored for children on the Autism Spectrum.

Now, when we drive by the school where his summer ABA program was held, my son tells me how much he wants to go back. I have to promise him that I have him on the waiting list, and if they do it again, I’ll do my best to make sure he can attend.

What should I have told the other parent at Burger King?

I wish I had told him how much my son’s IEP helps. How important his aids and supports are to his education. How supportive and helpful the therapy and classes have been. How wonderful the doctors at Seattle Children’s Hospital are, how they keep me educated and explain to me the current theories on Autism, and the fascinating whys and hows of an Autistic mind. How carefully my child’s medication is prescribed, how he’s weighed and evaluated every three months because they care greatly about his well-being. How for a while, they pushed me to get him into the DDA program. I decided against it, but I was thankful for their support and care. They pushed me to enroll in ABA, which I did, and it was a great experience.

I should have told him that he was probably in the wrong profession if he thought that Autism was a bad label and that he was not a very good at his job if he thought he could judge my child by simply observing him for five minutes at a Burger King. But to each their own.

I believe I have chosen the best path for my child. I cannot say that others will have the same results I have. But I do believe that we must move forward without fear of labels. As a parent, we must trust our gut, do our research, and not be afraid to make decisions for our children. Good doctors, therapists and teachers are out there. It is our job to find them, work with them and do the best we are able for our children.

Acceptance, love, understanding, therapy and education are the only way forward.

5 thoughts on “Medicating and Labeling Our Children” 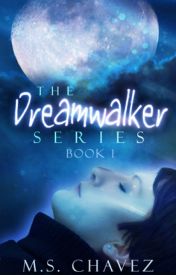 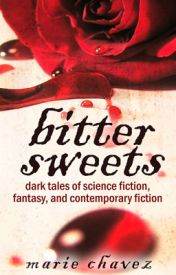